All Collections
FAQ
Driver and customer "cool down"

Driver and customer "cool down"

Written by Irina Rastorgueva
Updated over a week ago

Russian version of the article is available here

Driver and customer suspend tweak is a “Cool down” feature aimed at regulating unlimited order cancellations for both parties. This is a server config with preset conditions applicable to all platform users.

“Cool down” restricts the number of cancellations for driver and customer allowed within a period of time. If the limit is exceeded a driver or a customer is banned from using the app until the “suspension” is lifted by the system.

Driver/customer app will show an in-app notification “Too many cancelations".

The “suspension warning” is shown to both parties (app version 0.34 and up) after 2nd cancellation onwards, with counter decreasing to 0. 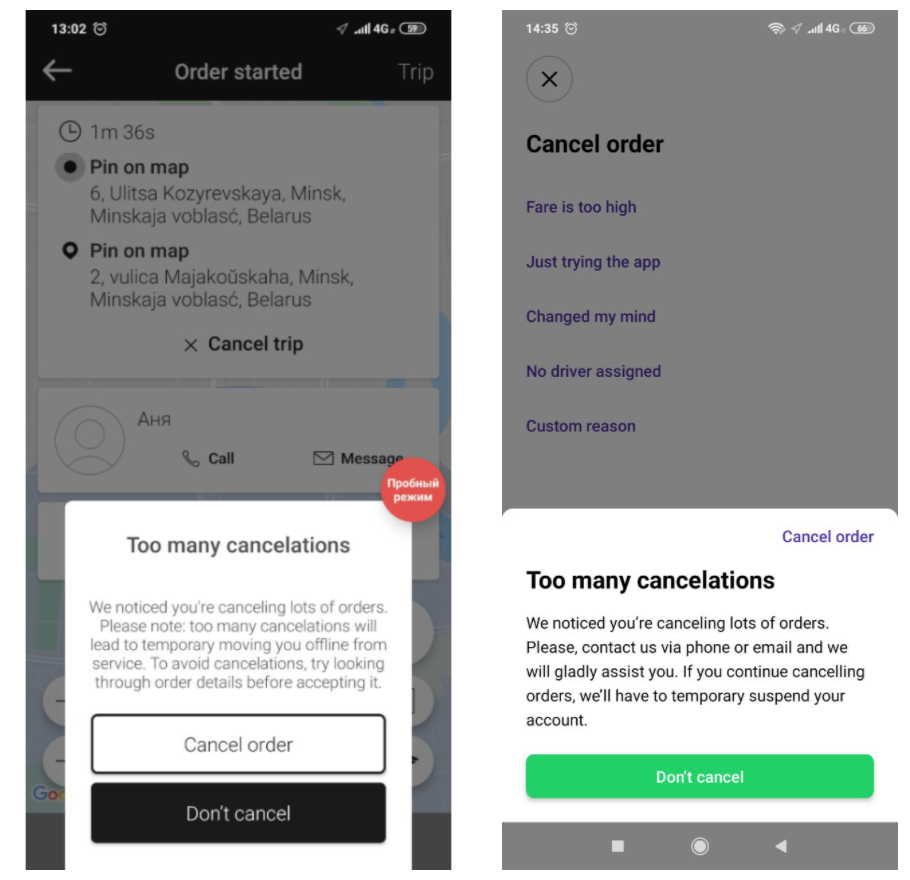 A driver in "cool down" status is not able to start the shift.

The app will show a notification: “Too many cancelations. Try again later. Orders suspended until ... "

A customer in “cool down” status is not able to place an order.

A pop up message “Orders suspended until ... Too many cancelations. Try again later” will be shown on the main screen at the attempt to press on “Set pick up”. 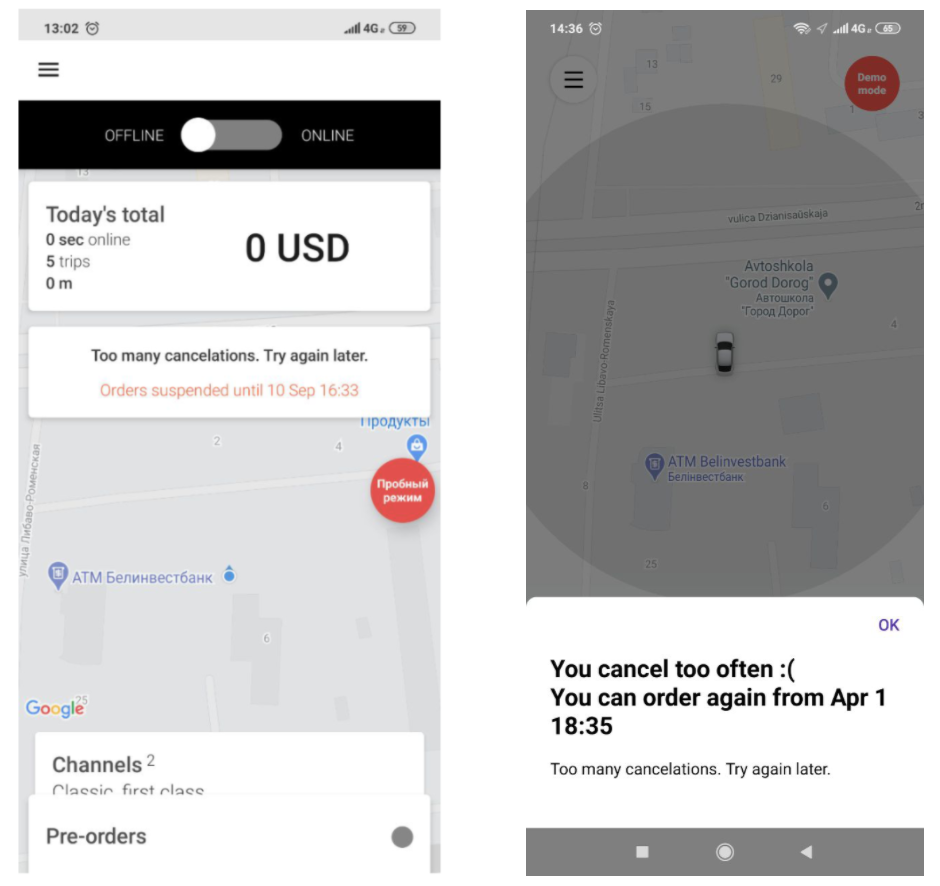 Pre-order rules for customers and drivers in “cool down” status:

if a driver is suspended through My Hub all his/her accepted pre-orders are cancelled regardless of pre-order timeline and return to the auto search pool.

Did this answer your question?